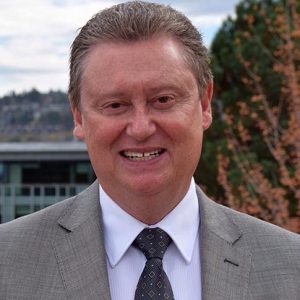 Will Garrett-Petts is Professor of English, Rhetoric, & Canadian Studies and Associate Vice-President of Research and Graduate Studies at Thompson Rivers University. His recent books and catalogues include Cultural Mapping as Cultural Inquiry (2015); Whose Culture is it, Anyway? Community Engagement in Small Cities (2014); Writing about Literature (2nd ed. 2013); Imaging Place (2009); Artists’ Statements and the Nature of Artistic Inquiry (2007); The Small Cities Book: On the Cultural Future of Small Cities (2005); and PhotoGraphic Encounters: The Edges and Edginess of Reading Prose Pictures and Visual Fictions (2000). He is Series Editor (with Nancy Duxbury Carreiro) for Small Cities: Sustainability in Community and Cultural Engagement (University of Calgary Press); and he is engaged in exploring questions of visual and verbal culture, cultural and vernacular mapping, and the artistic animation of small cities. He also has a special interest in the theory and practice of including students in undergraduate research. Garrett-Petts co-edited a newly released book, Artistic Approaches to Cultural Mapping (2019 from Routledge).

As faculty consider options for transitioning course delivery from f2f to online, here’s some good advice + discussion to consider. The discussion thread no doubt echoes conversations that are ongoing.

Starting tomorrow, TRU is temporarily suspending face-to-face classes. Over the week, your instructors will arrange to deliver courses in alternate ways. We recommend you use this time to study, and know that your instructor will be in touch. http://www.tru.ca/covid19.

An especially useful post on teaching the arts online. https://docs.google.com/document/u/1/d/1i-keJ_frOOEUa50CLAdz86hq5CxQwBQ2T4hbSI2nYdM/mobilebasic?fbclid=IwAR2cSopW403B1snmgu2TgeJ3Qwe643me1LTiuKnny_2lQFyDvGolmYMs7uY

From the March edition of The Beacon on Closing Equity Gaps: Alana Hoare & Pamala Goad write about “the seemingly disharmonious fundamentals of [university] accreditation: accountability and improvement.”

An especially useful post on teaching the arts online. https://docs.google.com/document/u/1/d/1i-keJ_frOOEUa50CLAdz86hq5CxQwBQ2T4hbSI2nYdM/mobilebasic?fbclid=IwAR2cSopW403B1snmgu2TgeJ3Qwe643me1LTiuKnny_2lQFyDvGolmYMs7uY